Every Child Deserves a Family

10 Years of Finding Forever Homes for Children in Need

In her decade spent at ACH, Foster Care & Adoption Director Stella Maggs has helped more than 500 children get adopted by safe and loving families.

Stella’s history with foster care and adoption goes all the way back to when she was a child in foster care. She and her two brothers were adopted as children.

“I want to help other children find a forever family and have the great experience that I had,” said Stella.

For more than 25 years, Stella has made it her mission to find the best possible homes for children in foster care.

Even during a Pandemic, kids can't wait

When hurdles come their way, Stella and her team always put children first. When the COVID-19 pandemic hit, her team pivoted to make sure Foster and Adoptive parents were receiving their training and kids were not put on hold.

“Watching my staff turn on the dime and adjust was awesome,” said Stella. “No one blinked twice, they just jumped up and did whatever they needed to do to make sure our kids were safe, and our families were well taken care of.”

The pandemic also allowed Stella to spend more one-on-one time with her families. Even after 500 adoptions, Stella enjoys keeping up with each family and seeing how their children have grown over the years.

Stella remains close with many of the families, and one touched her heart in an amazing way. During her second year at ACH, she met a couple, who already had two biological children, that were eager to adopt a child. With doubts the family would be open to it, Stella asked if they would be interested in adopting a sibling group of four.

“I thought, ‘there’s no way they are going to take a sibling group of four.’ He called me the next day and he said, ‘Stella, we want to move forward with these kids. We really think they’re the ones for our family.’”

After several visits, and going through the adoption process, the couple adopted all four siblings.

“I presented all four siblings, thinking,  there is no way they would be interested in a sibling group of four, especially since they had two children already which would make them a family of eight;  but they jumped on it, and they have been wonderful advocates and parents for these children,” said Stella. “It has been amazing to watch them all grow and to see them grow as parents to these kids.” 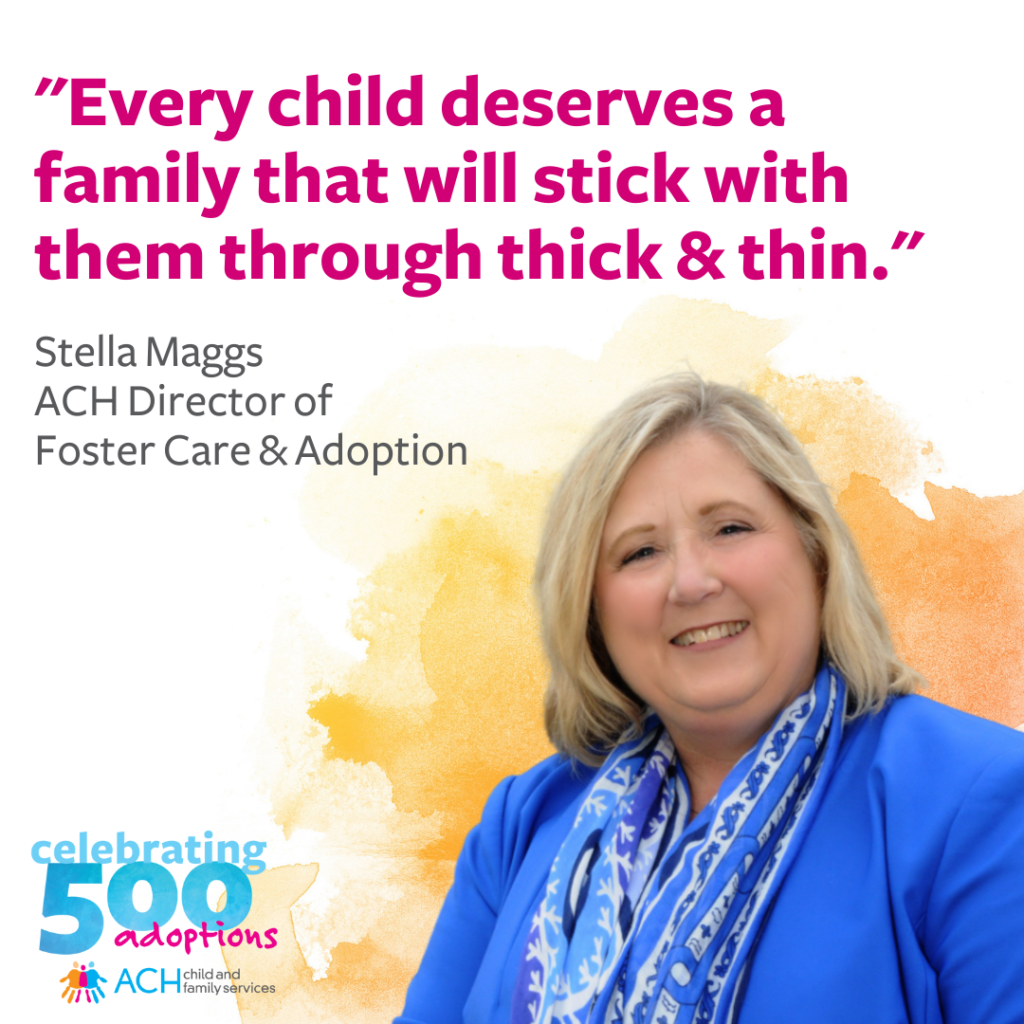 A passion to serve

“Stella came to ACH in 2011 as the Adoption Program Manager and has continued to invest in and build our foster care and adoption program,” said Melissa Opheim, ACH Chief Operating Officer.

“If you ever talk with Stella about adoption, you can immediately see her passion and dedication to children and families and her love for what adoption means to so many of the children we serve, a family of their own.”

Dedicated to ensuring a child's safety

Stella also thinks of the parents who welcomed a young boy into their home who was diagnosed with cancer just months before his adoption was finalized.

“This family went through everything with him,” said Stella. “Bone cancer, multiple surgeries, all kinds of things to find something to help him.”

The family knew  the boy would not live long enough to have the adoption finalized, but they asked ACH and the Texas Department of Family and Protective Services if they could change his last name to their family’s name before he passed.

“They were committed to him from day one and it didn’t matter what anybody threw at them or what he went through, they were there,” said Stella. “That is the kind of family ACH recruits and trains. Families who will take care of a child no matter what.”

For Stella, the most rewarding part of her job is seeing children thrive with their new families, despite the trauma they have experienced. When she sees 500 adoptions and 500 children that have gone to a forever home, and have had a great life with their families, it’s priceless.

“To think you just had a small part of that, of placing a child with a family, feels great,” said Stella. “ “This is why I am so proud of my team because they are so dedicated to ensuring a child’s safety. To ensuring our children get a forever home or go back to a home that can now truly help this child grow into anything they want to.”

Stella feels the passion her team has is consistent with every program at ACH.

“Everyone in this organization has a passion for children, all the way from our CEO to our maintenance team, and it comes through in everything that we do.” 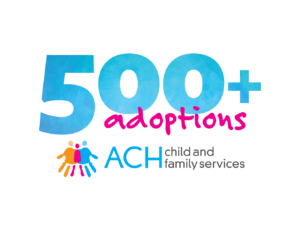 PrevPreviousMeet James
Back to Stories