One Mom's Journey to Freedom

ACH's Families Together program helps Melanie find confidence in herself to be the mom she aspires to be for her son.

Research shows that it can take up to 7 attempts to leave before a survivor permanently leaves an abusive partner. The main reason women have a difficult time leaving is fear of where they will go or who they could turn to for help. Oftentimes their partner has isolated them from friends and family leading them to believe there is no other life to aspire to.

Melanie had been told by her abuser for years that no one loved or cared about her. Since childhood, she craved the love and support every child needs and deserves. She lost her mother to suicide and was neglected by her father. Seeking affirmation from men in relationships became what she chased after. It didn’t take long before she was mixed in with the wrong crowd, making poor decisions, and losing every ounce of self-worth she had in herself. She continued in the pattern of pursuing toxic, abusive relationships and drug use throughout high school and into her adult years.

When something has been rooted so deep within you, the habits seem nearly impossible to uproot, especially on your own.

Melanie reconnected with her high school boyfriend, Jacob. He showed her affection, told her he’d do anything for her, and wanted to take care of her. Having already broken all relationships with her family, she agreed to move to another state to be with him. She didn’t think there was anything in Texas for her anymore. After a short time into their relationship, the two lost their first child together before birth, which Melanie believed strengthened their bond together. Despite the present abuse, the heartache brought them closer and would sustain their relationship even longer.

Trapped With No Clear Way Out

Melanie would soon feel more alone than she could ever imagine. Jacob wouldn’t allow her to have a job, make friends, or have any sense of freedom. She was able to remain in contact with her sister, who continued to listen but given her past life choices, kept her at arm’s length.

Melanie had experienced narcissistic control and verbal and emotional abuse in her previous relationships, but the physical abuse continued to increase with Jacob’s growing drug use. Not having anywhere else to go or anyone else to turn to, she would endure the abuse day after day.

Every time she attempted to escape, Jacob wooed Melanie back. Each time, Melanie took inventory of her life and believed Jacob’s words, “No one else could possibly care about me. He’s the only one that loves me. This must be what love looks like.” With no other option or hope for a better life, Melanie always returned to captivity.

Then Melanie became pregnant again. The turmoil to leave remained, but now with a baby almost here, she couldn’t risk trying to leave and stepping into the unknown. The final month of her pregnancy was an absolute nightmare of torment and abuse. It was the worst she had ever experienced and continued after her son was born. “Jacob continued using drugs, the physical abuse worsened, and he would drive erratically with our son in the back. It was terrifying.”

“I hadn’t been there for very long and didn’t know people very well, yet I really felt at home at that moment.”

Relief came a month after her son was born. Jacob was finally arrested for giving Melanie black eyes. With the car in her name, Melanie made her way back to Texas. She secured temporary stays for her and her son with different nonprofits and organizations. Yet, in the midst of fear and continued lack of support, the temptation of past securities continued to haunt her. Melanie relapsed into her former drug use, severing any trust she had begun to build in her relationship with her family. She hated herself for it – again thinking very little of herself. Gazing at her son, she knew he needed better, if not for herself, she wanted more for him. Melanie committed to begin the slow process of cleaning herself up. She found organizations that would give her and her son a roof over their head and hope for another day. After a 30-day stay at A Better Tomorrow, she got connected to ACH’s Families Together program. 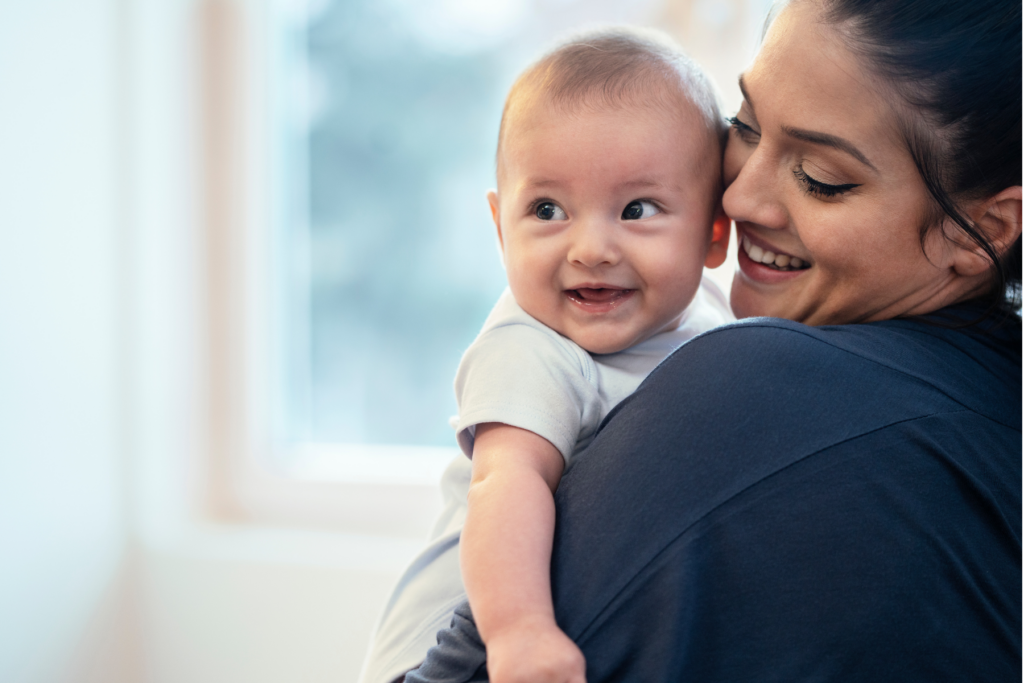 Families Together Became a Place to Call Home

Melanie remembers her and her son’s first month living at Families Together. The ACH team along with the other moms and their kids were making and decorating Halloween cookies. Melanie recalls seeing her son with icing all over his face when an ACH team member noticed, commented, and they all laughed together. A seemingly insignificant moment meant so much to Melanie, “I hadn’t been there for very long and didn’t know people very well, yet I really felt at home at that moment.” She felt embraced and supported.

The Families Together team encouraged Melanie to slow down and take some time to care for herself and her own healing. Family Care Specialist Sharla Hosford remembers her first impression of Melanie: “She was unsure of herself and what she was doing. She would beat down on herself. We wanted to help her see that she is worth it, has value, and is capable of accomplishing so many things.”

Melanie needed others to believe in her so she could learn to also believe in herself. She was very open and receptive to all the resources and help Families Together offered. She attended the weekly Nurture Group with the other moms where they supported each other, shared parenting advice, and learned from one another.

While at Families Together, Melanie not only experienced mental and emotional healing, but practical steps toward growth and independence. She was able to find day care for her son so she could work, provide insurance coverage for her and her son, purchase a car, and save money to one day live on her own.

“I love empowering moms to believe in themselves again and helping each of them realize what it took to get here. They’ve been torn down for so long – we help to build them back up.”

One of the most significant ways Sharla and the rest of the team were present in supporting Melanie was in the rebuilding of her family relationships. They reminded her that things take time, the trust needed to be gained back, and to be encouraged by her growth. Melanie was growing – in her confidence, in her self-awareness, in her independence. In her humble wisdom, Melanie shares, “One of the main things I’ve learned is that things take time. You didn’t mess up everything up in one day – it was gradual. And it’s going to take even longer to fix those things and rebuild, especially relationships.” Melanie’s family saw her commit to ACH’s Family Together program for the entire year and a half, which was a new feat for her.

Melanie always prioritized the wellness of her son. He gave her boldness, hope, and confidence to seek change. They soon were able to move into their own apartment. A huge accomplishment.

It has been over a year since Melanie moved into her own apartment with her son and left ACH’s Families Together program. She not only finds freedom from her abuser, but the past that haunted her. She’s confident in herself, in what she and her son deserve, and strives for her dreams again. She’s going to school to one day become a counselor.

“I am really grateful for ACH. I feel like if I hadn’t been here, I don’t know where I would be.”

Being at ACH allowed Melanie the opportunity to get her feet under her, know her self-worth, and take back control of her life. ACH’s Families Together program has a great impact because of the care of employees like Sharla, who is passionate about helping moms and families: “I love empowering moms to believe in themselves again and helping each of them realize what it took to get here. They’ve been torn down for so long – we help to build them back up.”

*Did you know that October is Domestic Violence Awareness Month? In Texas, 183 women were killed by a male intimate partner in 2020. 45% of those women were in the process or had made attempts to leave the relationship (Texas Council on Family Violence, 2020). On average, a victim will leave and return to the abuser 7 times before leaving that relationship permanently (The National Domestic Violence Hotline, 2022).

What is Families Together?

ACH’s Families Together Program provides transitional housing for mothers and their children who are experiencing homelessness due to intimate partner domestic violence. The program offers a safe and stable living environment while they work to overcome the trauma that led to their homelessness and return to independent living. Families receive intensive case management and therapeutic services designed to help them heal from the trauma and victimization they’ve experienced while gaining the skills they need to promote long-term self-sufficiency and obtain stable housing.