Change hinders the building of healthy, trusting relationships. ACH’s goal is to be that constant and steady care for children and youth in the midst of their unknown and uncertain journey.

According to the Annie E. Casey Foundation Kids Count Data Report, more than one-third of foster children and youth experience two or more placements each year. A frequent change in their living arrangement is disruptive, stressful, and traumatizing for youth and hinders healthy development and growth. Like all children, foster children and youth need stability and reliability in a home-like environment.

ACH recognizes that instability only adds to the trauma faced by the youth we serve. Our continuum of care provides children with a safe space to learn and grow while keeping them connected to familiar people in a familiar place. Arianne experienced this above and beyond level of care in the midst of many unsettling transitions. 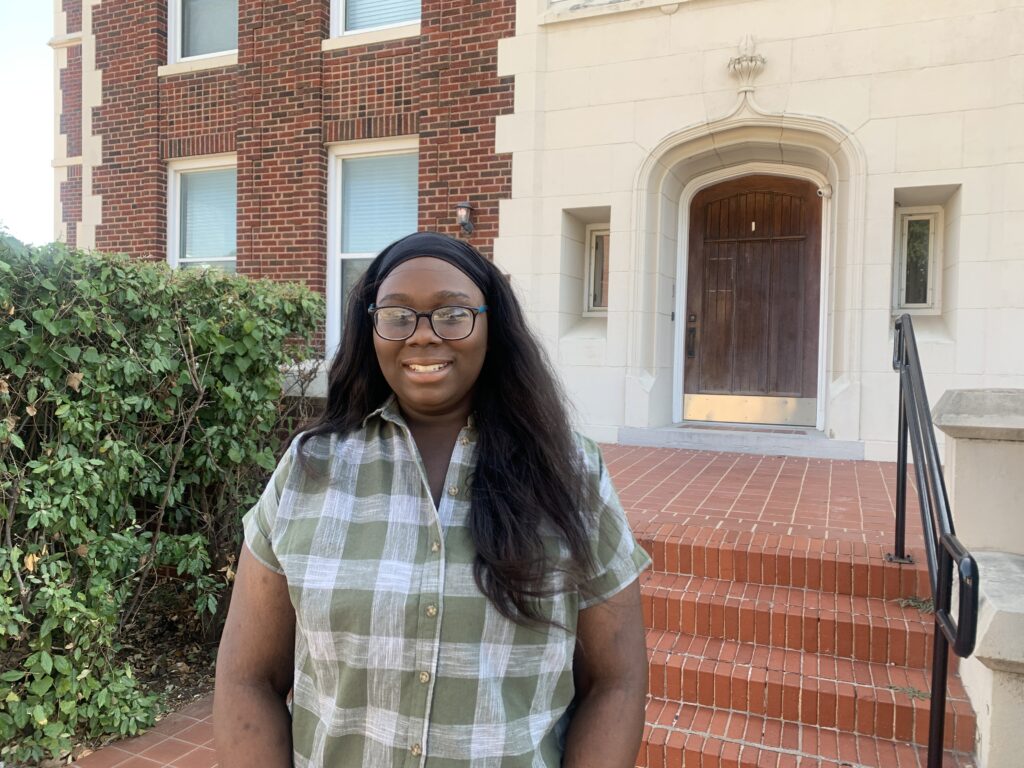 A life of never knowing what tomorrow will bring

“So I packed my stuff up again” is the phrase Arianne was most used to. She had lived in multiple foster placements and residential centers before she turned 18. Sometimes with as little of a day’s notice, she threw her belongings into a bag and was ready to be taken to her next living arrangement. She never knew how long her next stay would last.

Arianne’s plight began years earlier. She dealt with a lot of depression growing up, took medication for bipolar disorder, and exhibited impulsive behavior. Her depression worsened at age 13 after experiencing a cycle of deaths in her family. She shares, “I would run away from home. I remember one instance when I ran to the highway. The cars stopped, police came, and I was hospitalized. I had bad impulsive control. That’s not safe.”

Throughout the years, Arianne would battle hopelessness, not want to come out of her room or talk to anyone, and would lash out toward others. Some days she didn’t even want to be alive and sunk deeper into depression. “This was really hard for my mom to hear,” Arianne said, confessing the effects of her emotional health on her family.

Arianne entered care at 15 years old when her placement journey began. Arianne experienced seasons of hurt, grief, and pain. She needed a safe place to process her emotions, learn how to cope with her feelings, and grow relationally with others. ACH’s RTC would eventually be chosen as the best placement for Arianne.

"They busted through the door dancing, singing, and laughing."

Being present and showing we care

Now 17, Arianne felt so close to making her own decisions on where to live that she did not want to move into ACH’s Robert and Jane Ferguson Residential Treatment Center (RTC). She sat in her case worker’s office for what felt like hours. Rich Capodagli, Director of Residential Services at ACH, drove to the office to meet Arianne in person. Arianne made sure Rich knew she would not be staying at the RTC. Rich thought she might say that, so he told her he’d return with some of his favorite team members for Arianne to meet. He wanted Arianne to feel more comfortable knowing some of the team before she moved in. Not very hopeful but impressed by Rich’s effort, Arianne sat and waited.

At the time, Morgan Richardson was a Youth Care Specialist at the RTC. Morgan shares her memory of the moment she met Arianne: “My supervisor at the time and I were asked to speak with Arianne to see if we could encourage her to accept the offer to be placed within the RTC. We showed up with nothing but energy ready to ‘hype’ Arianne up so much that she could not resist coming to the RTC and hanging out with the ‘cool’ staff.”

“They busted through the door dancing, singing, and laughing,” Arianne remembers. Before she knew it, Arianne was laughing with them and was ready to move into the RTC. She felt comfortable knowing the staff that would be there to care for her.

Arianne spent about eight months at the RTC. Throughout her time there she remembers the staff’s warm welcome and continual care, “They made sure I was comfortable from day one until the very end of my stay there. They were a really big help.” The team was patient with Arianne as she grew in patience with herself. Morgan got to see Arianne’s bold personality grow as she learned to open up to others and allow herself to try. Morgan recalls, “Arianne is a strong advocator. If she’s not advocating for herself, she’s advocating for her peers.”

Arianne is especially thankful for the ACH staff’s display of kindness and forgiveness. They never held her failures or mistakes over her and she realized they genuinely wanted her to learn and grow. Whether a small failure in her eyes like not getting a job or a larger mistake like starting a fight, Arianna shares “They didn’t hold it over my head. They were so kind. I felt cared for, not just by the staff but by the kids too.”

“I felt cared for, not just by the staff but by the kids too.”

ACH offered Arianne stability and a safe and familiar place to transition into adulthood. Now an adult at 18 years old, Arianne is a part of ACH’s LIFE Project, a supervised independent living program for youth ages 18-21 who are homeless or have aged out of the foster care system. She met LIFE Project Director Nick Little before she turned 18. She recalls a time while still living at the RTC when Nick gave her and two others a tour of the program before they had even applied to move in. “That was really kind of him. He didn’t have to do that.”

Arianne had grown reluctant to new placements, which brought new people to trust, new rules to learn, and a new environment to adapt to. As ACH staff had proven reliable to her, the transition from the RTC to the LIFE Project was something Arianne looked forward to. Arianne was also welcomed into the program by a familiar face. Morgan became a LIFE Project Case Manager; she had transitioned into this new role from the RTC shortly before Arianne’s move.

Morgan believes, “Youth placed in care deserve genuine care and support. Arianne has taught me to be human and the importance of creating a safe space for youth to be just that.” 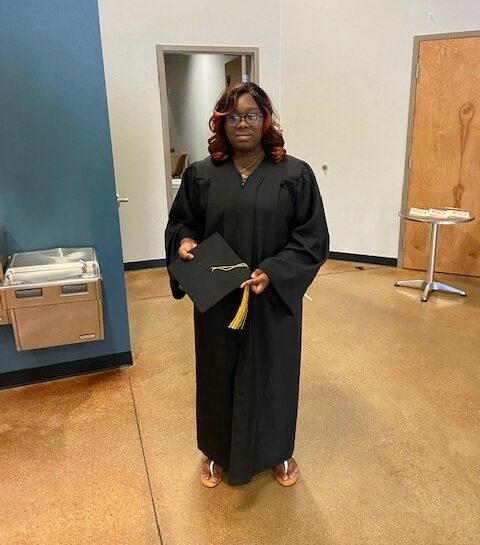 For the first time, Arianne was excited and hopeful for her next move, not reluctant, guarded, or hesitant. She and two others from the RTC transitioned to the LIFE Project – a transition that meant they were ready to live life on their own. This move with her friends brought additional comfort. They have been a huge support system for each other in encouraging one another on their journeys. Through ACH’s continuum of care, they can continue growing into adulthood together, with the help of ACH staff all along the way.

At the LIFE Project, Arianne has experienced many milestones with the staff’s support. She opened up her first bank account, bought her first phone, and graduated from high school. She buys her own groceries now and is enrolled in driving school to get her license.

Arianne describes herself as the type of person who doesn’t like to ask for help. Years of being guarded and distrusting others have conditioned her this way. The consistency of the ACH team has built her trust in others: “I’ve learned how to ask for help.” She lists off LIFE Mentors and Case Managers that check in on her, offer resources, and whose names and phone numbers are now in her phone to call if she needs them. Since being at the LIFE Project she has learned the importance of having people on her team and “having a great support system that I know I can call on if I ever need anything.” From a car ride to a job interview or someone to talk to on a bad day, the ACH team has shown her reliable and genuine care. “They want to see us grow into the best versions of ourselves,” Arianne says of her experience with the LIFE Project team.

She’s hopeful for a better future for herself. She’s thankful for the support the LIFE Project offers her to fall back on and with a sigh of relief says, “it’s going to be okay.”

The Robert and Jane Ferguson Residential Treatment Center (RTC) is an important part of a continuum of services designed to help children with significant behavioral and mental health issues achieve permanency in a family setting and/or receive a level of care that can help them heal from trauma. While ACH has several programs that address this need, the RTC offers a longer-term program for teenagers with this level of acuity. The RTC is the only one of its kind in Texas and joins professional home-based care, therapeutic foster care, support services, and foster care in the ACH continuum of care. These integrated services were developed to reconnect children with their biological families or when that is not possible, to find them a forever family with relatives or adoptive families.

This year, the Residential Treatment Center will face a projected budget deficit of $120,110. Your donation can make a difference!

All too often, youth from challenging backgrounds reach their late teens having developed few of the life skills and trusted adult relationships necessary for a self-sufficient, productive life. Whether on their own because they aged out of foster care or because they are homeless, these teens are highly motivated and want a helping hand to change their situations. The ACH LIFE Project was created to help young adults ages 18-21 gain self-confidence and become self-sufficient.

Participants are offered dormitory housing on the ACH Wichita Street Campus. Up to nineteen males can live in the Rees-Jones Family Residential Building, six females in the Virginia and Meto Miteff Family Home, and five girls in the ACH Wedgwood Campus Stocker House. Case managers provide program participants assistance in finding safe and affordable apartments or on-campus housing at a college or university. All youth are required to attend college or vocational school, work at least part-time or a combination of the two.

Want to help? This year, the LIFE Project will face a projected budget deficit of $669,885. Your donation can make a difference!